Gaza, ALRAY - Scores of Palestinians and foreign sympathizers on Monday use fishing boats to sail six miles off the coast of the Gaza Strip in defiance of an Israel-imposed sea blockade on the Palestinian coastal territory.

Intifada Youth Coalition(IYC) launched the voyage at 10 o’clock am after holding a press conference on both Arabic and English languages in addition to speeches for foreign activists and Fishermen's Union Association.

“lifting the siege is a must and a duty on the international community; the Gaza Strip is living without electricity since the last month and is threatened by health disaster due to lack of fuel,” said IYC.

Israel specified a six-nautical mile fishing zone for Palestinians in 2006.

This has negatively affected local fishing activities, as Gaza fishermen say they can now only fish 1,500 tons of fish every year, compared to pre-blockade hauls of some 4,000 tons annually.

Around 40,000 Gaza residents earn their living through fishing, according to the Palestinian Fishermen's Union. 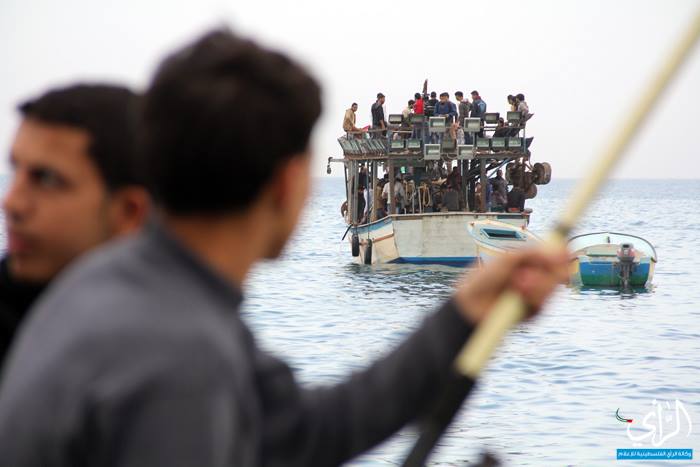