Despite his young age, the little boy was serious to show the pains of the Palestinian people.

He started his first shots using a mobile device. After that, Osama's father bought him a pro camera.

Osama celebrates covering several events in his city; most notably, yet seriously, the clashes between the Palestinian youths and the Israeli Occupation Forces (IOF).

The photographer said to Safa News Agency that he has long been eager to capture the beauty of the sea of Gaza; he also wanted to document the massive destruction of the civilian homes after the late occupation onslaught on it.

The boy's dream went bigger after the proclaimed victory of the Palestinian resistance, which taught the occupiers a hard lesson.

Osama wishes to take pictures for the great Palestinian leaders of resistance in Gaza, particularly the deputy chief of Hamas political bureau, Dr Ismail Haniyeh and the masked spokesperson of the Al-Qassam Brigades, Abu Obaida.

His Hebron pictures were to highlight the cause of Palestine to the whole world, he says.

Osama did never fear practicing photographing under Israeli gunfire during the almost regular clashes, pointing out that he works in a like situation gingerly. He consides such experiences as of his great achievements.

He wished one day to study a media course after school; to be a good journalist who cares about his people and their suffering.

People find it crazy seeing little Osama wearing a press jacket and holding a press ID card! But that was not embarrassing to him at all.

Many of his family members, friends and journalists encouraged him to keep on his job, sometimes praying for his safety and success, and sometimes providing him with tips and advice to improve his talent.

Osama captured a few months ago some pictures for the ‘Sheikh of Al Aqsa’, deported Raed Salah, during his visit to Hebron. He hopes that once he could take others for Khaled Meshaal, the top Hamas leader. 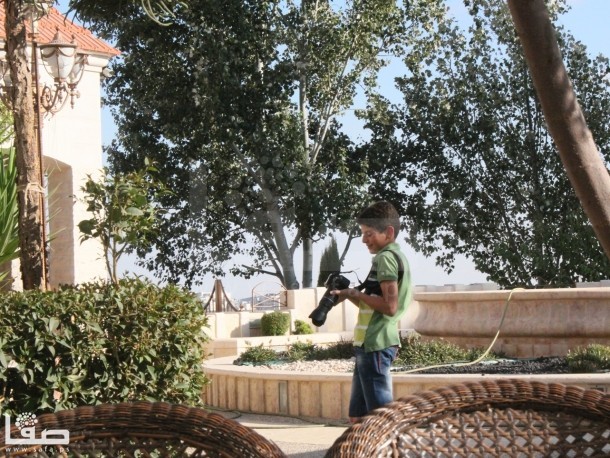 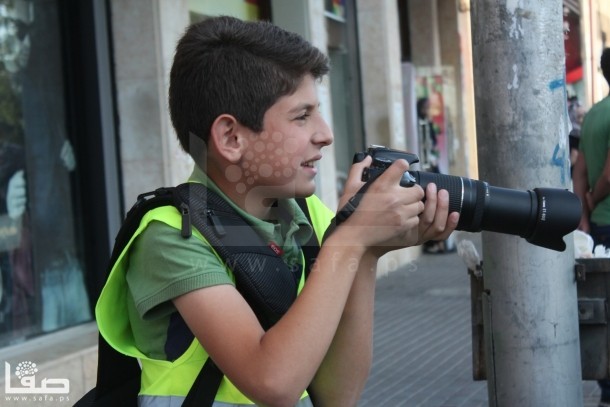